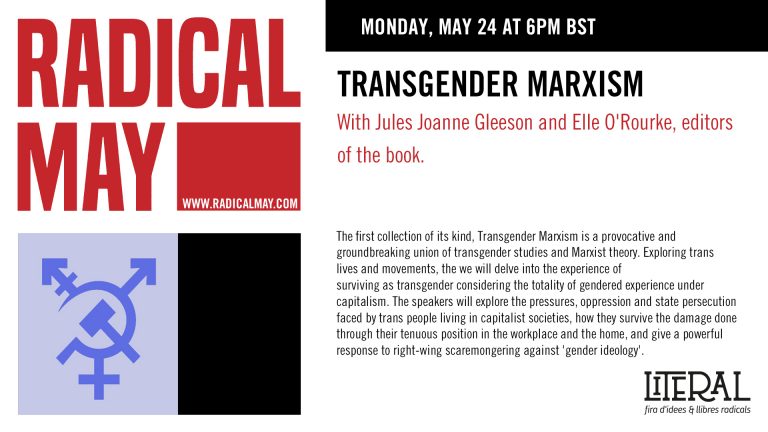 “A terrific collection of essays – I couldn’t put it down’ – Kathi Weeks, author of The Problem with Work (Duke UP, 2011)

Join Jules Joanne Gleeson and Elle O’Rourke and more TBC for this special launch event marking the release of Transgender Marxism, published by Pluto Press, as part of Radical May.

The first collection of its kind, Transgender Marxism is a provocative and groundbreaking union of transgender studies and Marxist theory.

Exploring trans lives and movements, the authors delve into the experience of surviving as transgender considering the totality of gendered experience under capitalism. They explore the pressures, oppression and state persecution faced by trans people living in capitalist societies, how they survive the damage done through their tenuous position in the workplace and the home, and give a powerful response to right-wing scaremongering against ‘gender ideology’.

Reflecting on the relations between gender and labour, they show how antagonisms faced by gender non-conforming people are structured within society. Looking at the history of transgender movements, historical materialist interventions into developmental theory, psychoanalytic speculation and workplace ethnography, the authors ultimately conclude that for trans liberation, capitalism must be abolished.

The panel for the launch will feature:

Jules Joanne Gleeson is a writer, comedian and historian. She has published essays in outlets including Viewpoint Magazine, Invert Journal and VICE, and performed internationally at a wide range of communist and queer cultural events.

Elle O’Rourke is a political economist and gender theorist currently researching critical theories of financialisation. She is co-founder of New Socialist, a magazine of left thought and commentary, where she serves as economics co-editor.

Register through Eventbrite to receive a link to the stream before the event. It will start at 18:00 GMT. You can also find the event on Pluto Press’ YouTube channel. The event will be recorded and uploaded to the channel after the event too.

10% from each ticket sold will be donated to Queer Care, a transfeminist autonomous care organisation, providing training, support and advocacy for trans and queer people in the UK.

Preorder the paperback edition of Transgender Marxism and get a free enamel pin! Full details are available here – https://twitter.com/PlutoPress/status/1381975808630259713” 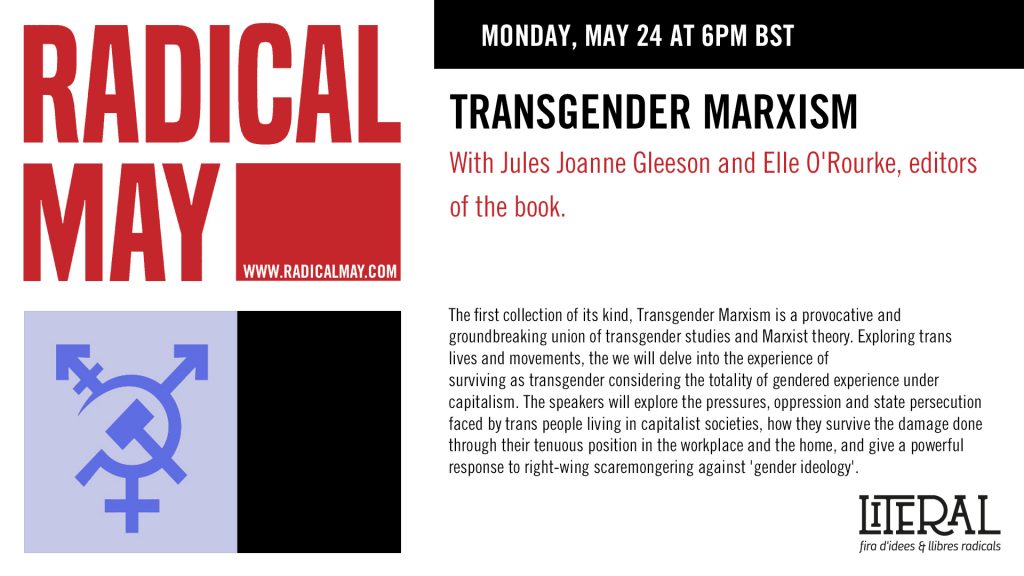