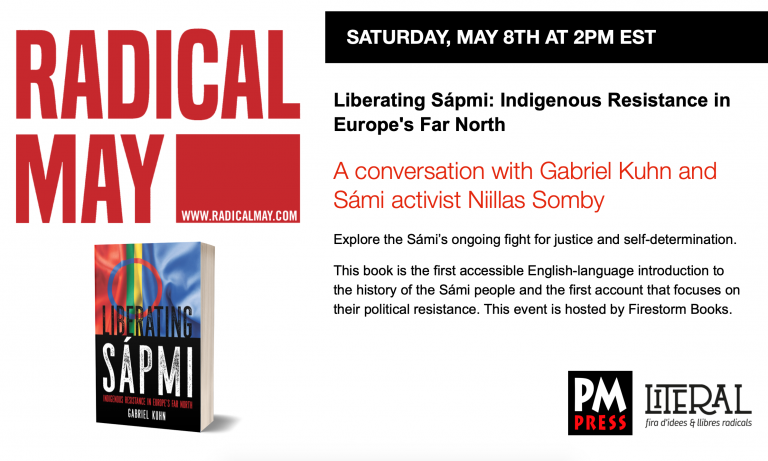 The Sámi, who have inhabited Europe’s far north for thousands of years, are often referred to as the continent’s “forgotten people.” With Sápmi, their traditional homeland, divided between four nation-states–Norway, Sweden, Finland, and Russia–the Sámi have experienced the profound oppression and discrimination that characterize the fate of indigenous people worldwide: their lands have been confiscated, their beliefs and values attacked, their communities and families torn apart. Yet the Sámi have shown incredible resilience, defending their identity and their territories and retaining an important social and ecological voice–even if many, progressives and leftists included, refuse to listen. Liberating Sápmi is a stunning journey through Sápmi and includes in-depth interviews with Sámi artists, activists, and scholars boldly standing up for the rights of their people.

In this beautifully illustrated work, Gabriel Kuhn, author of over a dozen books and our most fascinating interpreter of global social justice movements, aims to raise awareness of the ongoing fight of the Sámi for justice and self-determination. The first accessible English-language introduction to the history of the Sámi people and the first account that focuses on their political resistance, this provocative work gives irrefutable evidence of the important role the Sámi play in the resistance of indigenous people against an economic and political system whose power to destroy all life on earth has reached a scale unprecedented in the history of humanity.

Gabriel Kuhn is a writer and translator based in Sweden. In English, most of his books have appeared with PM Press. He runs the blog LeftTwoThree.

Niillas Somby has worked as a reindeer herder, sailor, mechanic, photographer, and journalist. He is a longtime Sámi activist, who spent a number of years on Turtle Island, sheltered by First Nations protecting him from the reach of the Norwegian judicial system.
“ 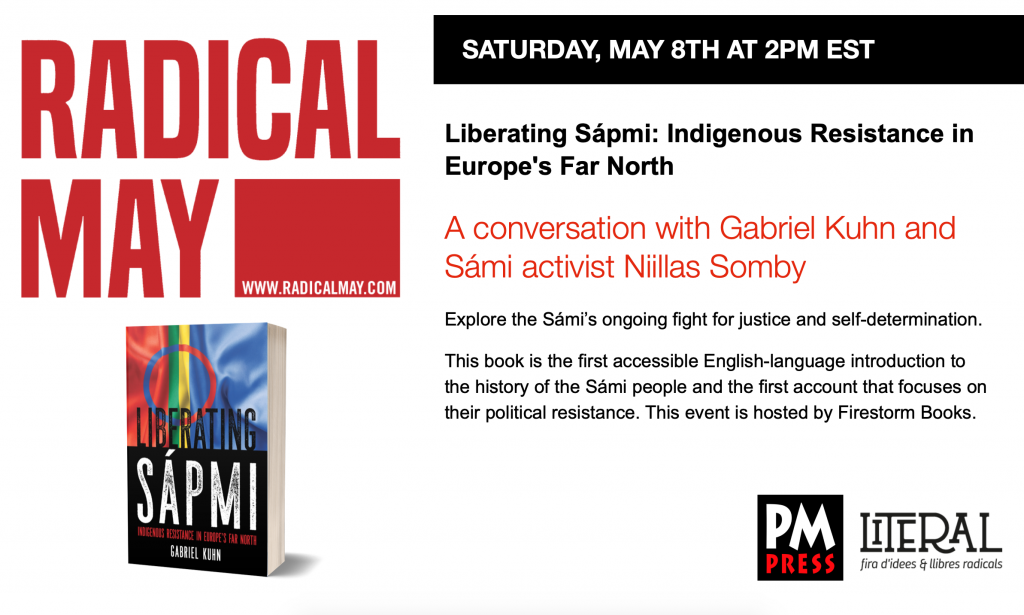