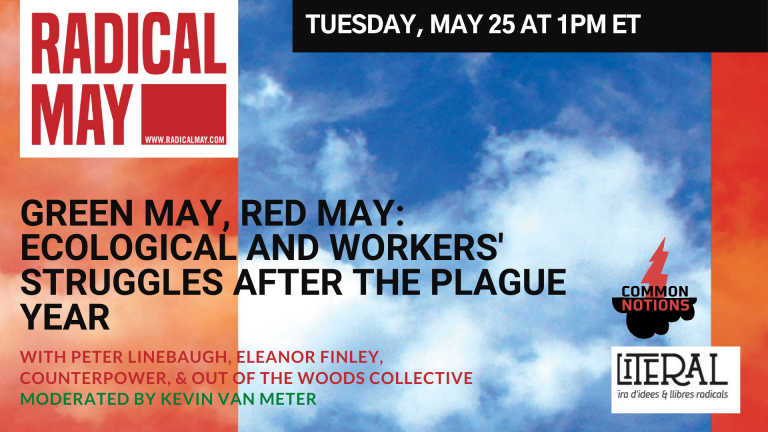 Green May, Red May

After this “plague year” what lessons and challenges required the immediate attention of revolutionary forces? Participants will draw on historical and current examples of intertwined ecological and workers’ struggles to address the realities and struggles that come next: wildfires, resource extraction, food insecurity, climate change, ecological collapse and the need for a radical movement of working-class and common peoples to create new worlds.

Join panelists Peter Linebaugh, Eleanor Finley, CounterPower (authors of Organizing for Autonomy), Out of the Woods Collective (authors of Hope Against Hope), and more with facilitator Kevin Van Meter.

Peter Linebaugh is an American Marxist historian who specializes in British history, Irish history, labor history, and the history of the colonial Atlantic. He is a member of the Midnight Notes Collective and the author of The London Hanged: crime and civil society in the eighteenth century, The Many-Headed Hydra: Sailors, Slaves, Commoners and the Hidden History of the Revolutionary Atlantic (with Marcus Rediker), The Magna Carta Manifesto: Liberties and Commons for All, and many other works.

Eleanor Finley is a writer, speaker, municipalist, and Ph.D. candidate in anthropology. Her writing appears in outlets such as ROAR Magazine, In These Times, and OpenDemocracy. Eleanor has been helping build Symbiosis, a network of community organizations building radical municipalism across North America.

CounterPower is a revolutionary organization committed to building the power of working and oppressed people, from below and to the left.

Out of the Woods is a transnational political research and theory collective, a loose grouping of decolonial, small-c communist, antiracist queer-feminist thinkers working together to think through the problem of ecological crisis. 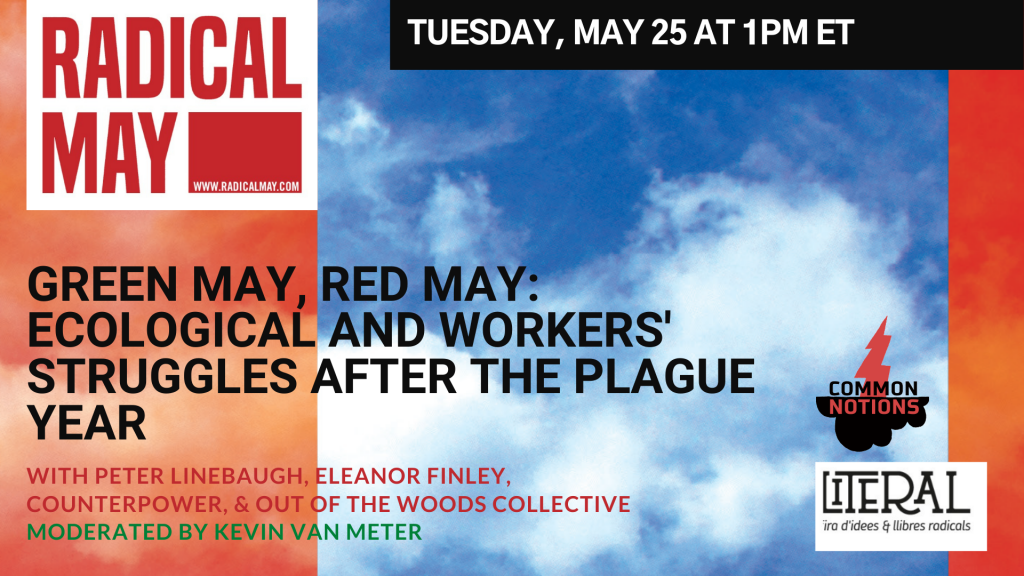