Dangerous: The Life and Words of Lucy Parsons

Gale Ahrens and others discuss the woman who Chicago police called “more dangerous than a thousand rioters!”

“Lucy Parsons’ personae and historical role provide material for the makings of a truly exemplary figure…..anarchist, labor organizer, writer, editor, publisher, and dynamic speaker, a woman of color of mixed black, Mexican, and Native American heritage, a founder of the 1880s Chicago Working Women’s Union that organized garment workers, called for equal pay for equal work, and even invited housewives to join with the demand of wages for housework; and later (1905) co-founder of the Industrial Workers of the World (IWW), which made the organizing of women and people of color a priority….. For a better understanding of the concept of direct action and its implications, no other historical figure can match the lessons provided by Lucy Parsons.” — Roxanne Dunbar-Ortiz 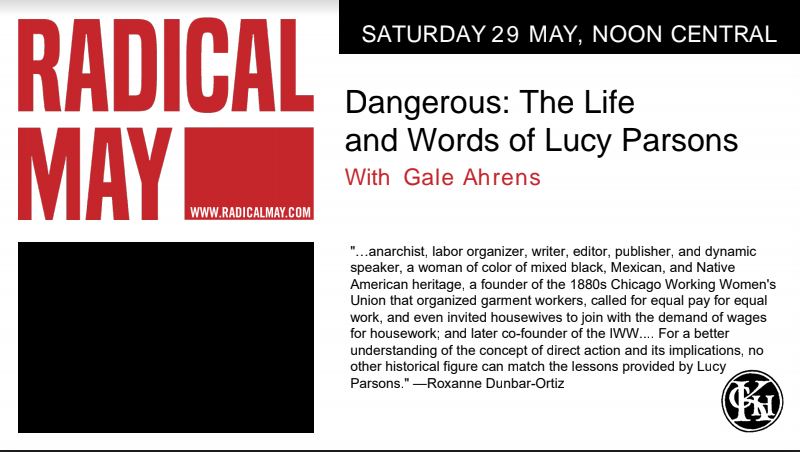