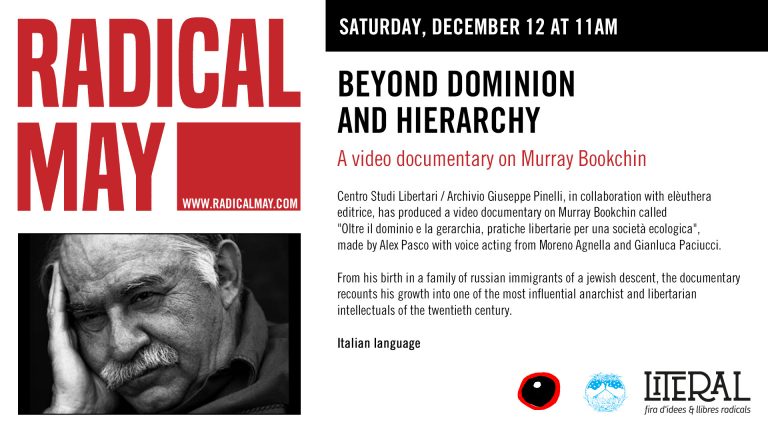 BEYOND DOMINION AND HIERARCHY

From his birth in a family of russian immigrants of a jewish descent, the documentary
recounts his growth into one of the most influential anarchist and libertarian
intellectuals of the twentieth century.

Murray Bookchin is the author of many important books as “”Ecology of freedom””, “”Post-Scarcity Anarchism””, “”Urbanizing without cities””.