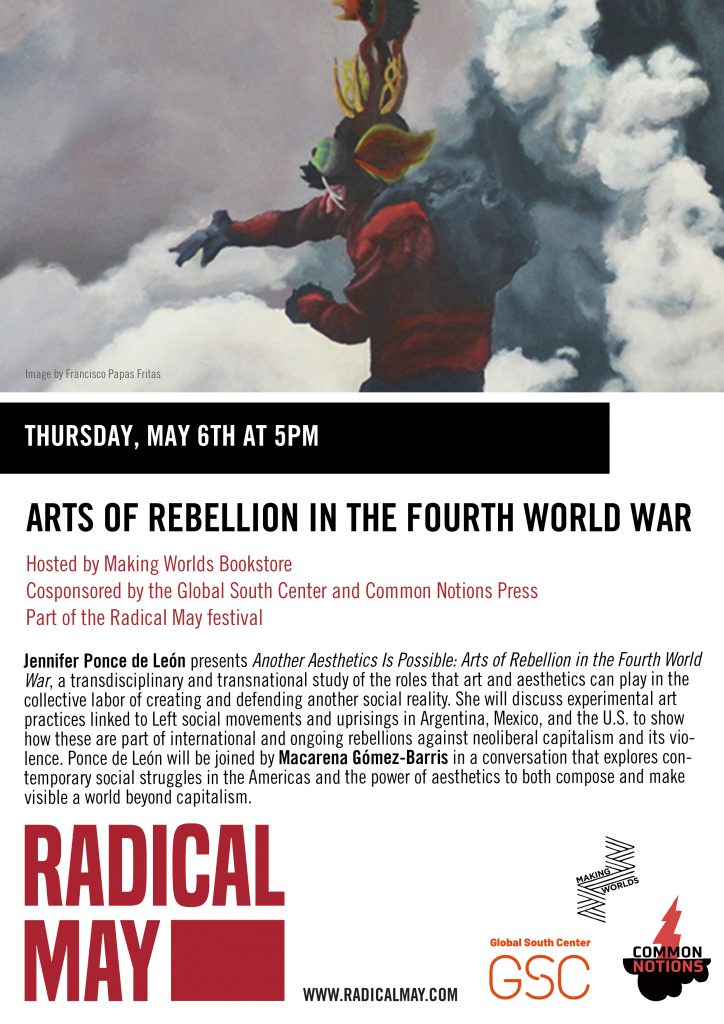 Arts of Rebellion in the Fourth World War

Jennifer Ponce de León presents Another Aesthetics Is Possible: Arts of Rebellion in the Fourth World War, in conversation with Macarena Gómez-Barris

Jennifer Ponce de León presents Another Aesthetics Is Possible: Arts of Rebellion in the Fourth World War, a transdisciplinary and transnational study of the roles that art and aesthetics can play in the collective labor of creating and defending another social reality. She will discuss experimental art practices linked to Left social movements and uprisings in Argentina, Mexico, and the U.S. to show how these are part of international and ongoing rebellions against neoliberal capitalism and its violence. Ponce de León will be joined by Macarena Gómez-Barris in a conversation that explores contemporary social struggles in the Americas and the power of aesthetics to both compose and make visible a world beyond capitalism.

Jennifer Ponce de León is Assistant Professor of English and faculty in Latin American and Latinx Studies at the University of Pennsylvania and Associate Director of the Critical Theory Workshop. She is the author of Another Aesthetics Is Possible: Arts of Rebellion in the Fourth World War (Duke University Press, 2021).

Macarena Gómez-Barris is founding Director of the Global South Center and Chair of the Department of Social Science and Cultural Studies at the Pratt Institute, author of The Extractive Zone: Social Ecologies and Decolonial Perspectives (Duke University Press, 2017), Where Memory Dwells: Culture and State Violence in Chile (University of California, 2009) and coeditor of Toward a Sociology of the Trace (University of Minnesota, 2010). 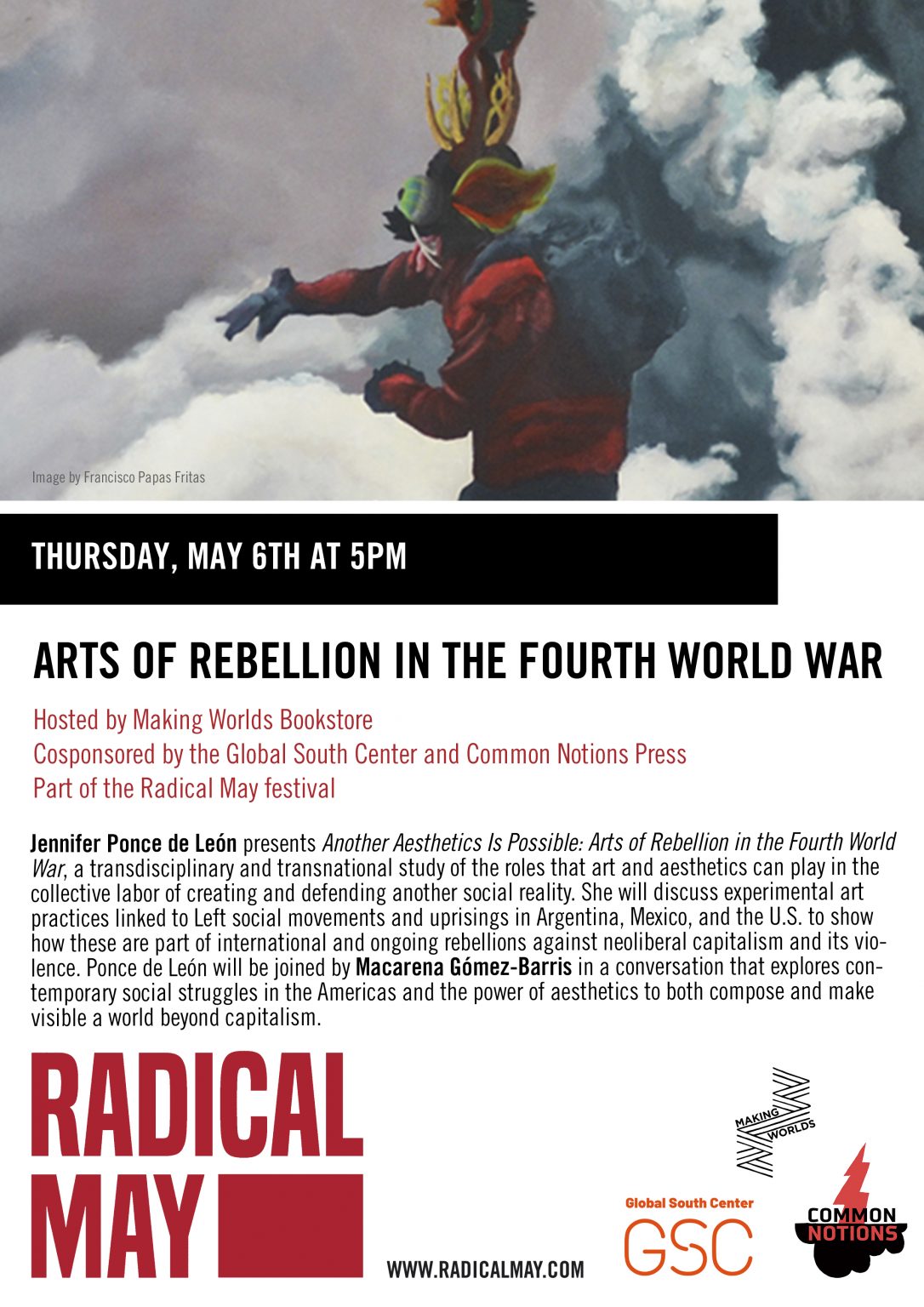