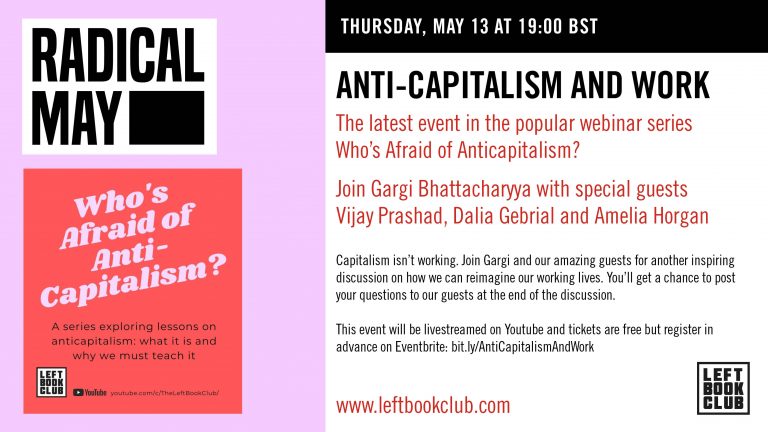 For the May event of our popular anticapitalism series with Gargi Bhattacharyya we are discussing work and its relation to how we organise life. Join Gargi, Vijay Prashad, Dalia Gebrial and Amelia Horgan to discuss the work revolution. 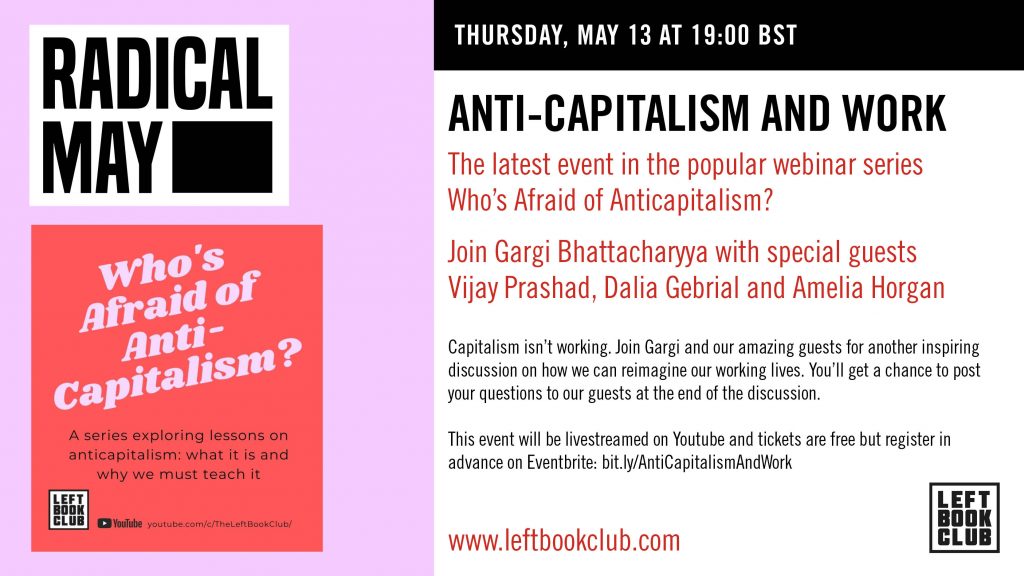